Today I want to talk to you for a minute about why you should trademark your blog.   It did not occur to me, in the beginning, that owning the federal trademark registration on That Bald Chick would be necessary, or even beneficial for that matter.  I began using the moniker That Bald Chick back in 2010, when I transitioned from ladyvdzine.com to thatbaldchick.com.  Despite the fact that I was doing business as (DBA) That Bald Chick from the inception of the new site, another entity threatened to infringe on my right to do that.   I had a decision to make.  I could either let my site and my brand go, or I could do everything in my power to protect it.

I spent a lot of time in prayer to decide how to proceed.  I made the decision to file for a registered trademark for That Bald Chick for several reasons.  First, I'd worked long and hard to establish myself at That Bald Chick on my site and in social media.  I'd secured the @thatbaldchick handle on Facebook, Twitter, Instagram and Pinterest.  I didn't want to give it up.  I wanted to protect my name so that I remained the one and only (and truly lovely) “That Bald Chick.”  Second, I wanted to establish exclusive rights to my name- after all, I used it first and it is a source of income for my family.  Third, I wanted to prevent confusion should other entities use the same/similar name.  Finally, I wanted to protect the reputation and integrity of my brand.

<— That was my first That Bald Chick illustration.

In doing my research before applying for the trademark, I understood that I COULD establish rights in a mark based on it's legitimate use without registering it, HOWEVER, owning the federal trademark registration on the Principal Register would provide protection for me and my brand.  My blog had become an important component of my personal brand.

I also understood that owning a domain name and owning a trademark are not the same thing.  The use of a domain name only as part of a web address does not qualify as source-indicating trademark use, and even if you register a domain name with your domain registrar, you could later be forced to surrender your domain if it infringes on someone else's trademark rights.  Merely purchasing a domain name does not give you any trademark rights.  You have to use that domain name and moniker in the course of business and be able to prove it.  It basically boiled down to this… If your site is just a family journal and you have no intention of ever using it for business, you don't really need to file for a trademark.  If your site has become a source of income OR YOU INTEND IT TO, you should seriously consider filing for the registered trademark.  Since my site had become a source of income for my family, owning the registered trademark would be advantageous.

As part of my research, I did a preliminary search using the United States Patent and Trademark Office Trademark Electronic Search System to ensure that the trademark was available and to prevent receiving a registration refusal due to a likelihood of confusion.  I did my preliminary search and determined that there weren't any prior pending applications that would prevent me from receiving the trademark.  Now came the tough part.  Hubs and I discussed whether or not we should attempt to file on our own ($275 if we did it right) or should we hire an attorney to file for us (anywhere from $600-$1000).  We decided to attempt to file on our own and hire someone later if needed.  While that could end up more expensive than just hiring an attorney in the first place, if we really messed things up, it could also save us a ton if we did it ourselves successfully.

Once we decided to move ahead,  went to the USPTO site to file the TEAS Plus Form.  We were fairly certain that we could submit a thorough and complete application, but we realized that trademark applications involve a nonrefundable fee.   Within the application, we had to make several decisions.

We filed the initial application on May 18, 2013.  Then we waited.  And waited. And waited some more.

We received notice on September 10, 2013 of a USPTO OFFICE ACTION which stated “Substitute Specimen Required.”  The notice stated “The specimen does not show the applied-for mark in use in commerce in connection with any of the services specified in the application, and therefore is not acceptable.  Specifically, the specimen is merely a screen shot of applicant’s website with advertisements on the side.  It does not show that the applicant is offering advertising services.”

What can I say.  We were busy.  We had a new baby.  So, in December I called the examining attorney at the number that was listed on the Office Action to ask a few questions.  She stated that I needed to submit a new specimen that specifically showed proof that I offer advertising services on my site.  After a few more questions, I decided it would be best to submit my site media kit as the specimen, since it offered advertorials and included my fee schedule.

On January 22, 2014 I received Notification Of Notice of Publication, which basically states they will publish your trademark application in the Official Gazette and gives you the date that it will be published.  Mine was set to be published on February 11, 2014.  Then I waited.  And waited.  And waited some more.

Finally, on April 29, 2014 my trademark registration was completed and on May 2nd I received this bad boy…

Now that I have the Registered Trademark in hand, I can legally use the ® symbol when using That Bald Chick® .

Incidentall, once you apply for your trademark, you can use the ™ symbol, which is used for an unregistered trademark.  Only after you officially own the registered trademark can you us the ® symbol! Once you have the right to use it, make sure you rock that R-ball for the world to see!

I've had several bloggers ask me how I filed for my trademark, so I thought I'd share how I filed (and why you should trademark your blog) in hopes that it might save you some time and headache.  While we chose to file ourselves after doing all our own research, you can also use LegalZoom or hire a trademark attorney. 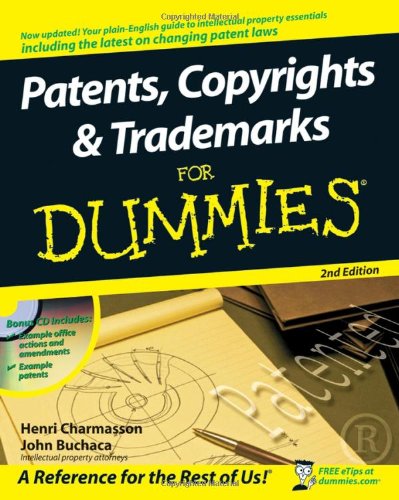 Patents, Copyrights and Trademarks For Dummies

Please note, this post is for information purposes only.  It is not legal advice.  I am not a lawyer.  If you need real legal advice, please hire a real lawyer.  That Bald Chick® is not responsible for delayed or rejected trademark applications filed by anyone using the methods I used myself.