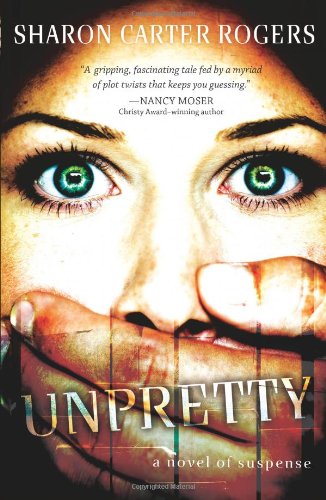 Unpretty: A Novel of Suspense

From the Publisher:
The city of Lehigh, West Virginia, faces the insidious threat of a sadistic cult bent on eliminating all “unpretty” things in the world.
A bomb goes off at the Conklin Art Gallery, killing eight people associated with a unique Michelangelo exhibit being shown there. The only person who may have seen the bomber is Hummingbird Collins, an aspiring artist who works down the street from the gallery. But she soon starts receiving ominous cassette recordings of a rambling madman who reveals his plan to rid the world of “unpretty” things.

This madman — known only as Number 26 — leads a cult known as the Michelangelus Movement, which has kidnapped and tortured people for use in their bizarre artistic experiments over the past dozen years.

When Hummingbird breaks her frightened silence, she enlists the help of Detective Buck Barnes, her brother, and an old family friend, Ready Robinson, a former pro-football player who entered the priesthood after ending his NFL career. But when Hummingbird is abducted by the cult, her friends must discover where she's been taken before she becomes another addition to the leader's horrific replication of Michelangelo's masterpiece — Last Judgment.

As the title says, Unpretty is a novel of suspense. While the book does shift POV at times, which isn't my preferred style, it is an amazing read! I didn't want to put it down.