The Classical Method of Homeschooling stems from the theory that the brain develops in three stages fundamental to education. The Classical Method is known as the Socratic Method. It can be traced to ancient Greece, Rome, Egypt, and Mesopotamia.  The grammar stages, the logic stage, and the rhetoric stage are the stages of brain development.  The goal of the classical method is to teach children how to learn for themselves. The classical method is heavily rooted in language.

The Classical Method of Homeschooling

The Classical Method divides learning into three stages, the trivium.  The grammar stage emphasizes memorizing facts and information.  The logic stage (or dialect) focuses on understanding how the facts relate to each other.  The rhetoric stages encourages application of what has been learned, which demonstrates wisdom.  The Trivium and can be applied to any subject because it is a set of tools, or a method, of learning.

The grammar stage requires memorization of the basic concrete facts of any subject.  Math facts, vocabulary words and definitions, names of persons and places, and spelling words are examples of things learned in this stages.  The grammar stage often encompasses kindergarten through 6th grade.

When to Consider the Classical Method

The goal of the Classical Method is to teach children to think about and analyze the things that they read, see, and observe.  It encourages discussion and examines the inter-relatedness of subjects.

The Classical Method of Homeschooling is dependent on memorization of facts, which may prove difficult for children with learning differences such as auditory dyslexia or ADHD.  This method often requires heavy parent involvement in discussions and teaching.  It also has a strong emphasis on history and may overlook the sciences if not included intentionally.

The Classical Method is popular among those who homeschool multiple children at once, because it lends itself to the ability to teach everyone together and then tailor activities to the appropriate level of understanding.

The Well Trained Mind is a must have for the homeschooling parent who wishes to pursue the classical method of homeschooling! 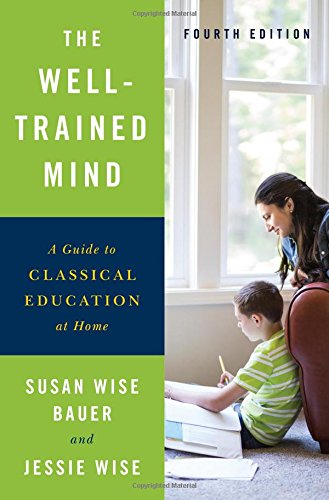 The Well-Trained Mind: A Guide to Classical Education at Home (Fourth Edition)