Have you heard about the Squinkies?  The Squinkies are squishy rubber toys, invented by toy maker Bill Nichols, that fit into a small plastic bubble… like the ones you would get out of the gumball machines that you find in the mall.  Mr. Nichols, founder of Blip Toys, wanted to invent a toy that would appealing in a tight economy.

They are now touted as one of the hot holiday toys this year, and even made it into the Toys R Us Hot Toys List and were nominated for the Toy of the Year Awards!  We received a selection of Squinkies for review, courtesy of Blip Toys. 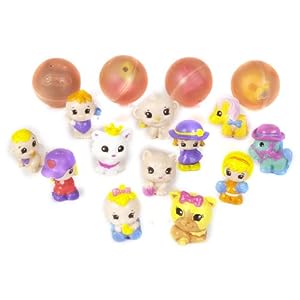 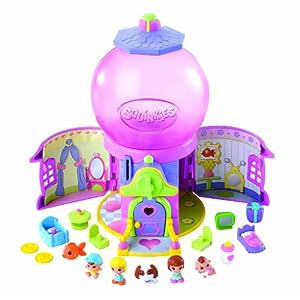 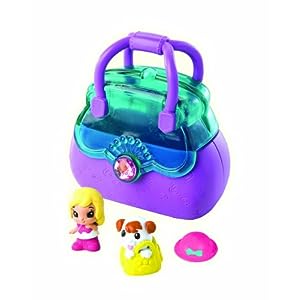 The Squinkies are really cute.  And tiny.

It only took a few minutes with my two kidlets for me to realize that perhaps they were not the best toy for toddlers.  They are age rated 4+, and rightly so.

We decided to pass our Squinkies on to a friend that has a six year old daughter.  She is going to love them.  I foresee Squinkies in our future, once Mister and Sister are older and less likely to put them in their mouths.

The Squinkies hit store shelves at Walmart, Target, and Toys R Us and were instantly popular.

They will be available at retailers nationwide for Black Friday sales, but why wait in line when you can get yours online?

Get Your Squinkies on Amazon.com