As many of you know, PBS is the most watched station on our television.  When they are unable to watch their favorite show on TV, they turn to their ever growing DVD collection.

Mister loves Dinosaur Train.  He really enjoys everything that has anything to do with trains, and this show is no exception.  Dinosaur Train debuted a new episode on December 6, 2010, called Dinosauris in the Snow.  I had to chuckle when the Dinosaurs in the Snow episode was on and he said, “Mommy, dinos have snow?”  It really came as a surprise to him.  It is no wonder that Dinosaur Train ranks in the top 5 children’s programs among kids ages 2 to 5.  The show really captures the  imagination and inspires curiosity.

The new episode is also available on the DVD, Dinosaurs in the Snow, and we just added it to our shelf

About Dinosaurs in the Snow…

In “Big Stomping Dinosaur Feet;” “Hornucopia,” Daphne, a Daspletosaurus shows Buddy how to make stomping a fun dance instead of a temper tantrum. At the Big Pond, Tank introduces the Pteranodon family to his friend, Stacie Styracosaurus, a fellow Ceratopsian with a crown of elaborate horns on her head.
Encore presentations of “Dinosaurs in the Snow;” “Cretaceous Conifers” will broadcast on December 8, 12, 20, and 24 (check local listings).

The episode is also one of eight fun and educational adventures available on the DINOSAURS IN THE SNOW DVD from PBS KIDS and Paramount Home Entertainment, in which Buddy travels to the North Pole, explores nocturnal animals, becomes a detective, celebrates his birthday and more! The DVD also features an interactive game, coloring pages, a dinosaur reference guide and parent information. SRP: $14.99.
In DINOSAUR TRAIN, young viewers join Buddy and his adoptive family of Pteranodons on whimsical adventures through prehistoric jungles, swamps, volcanoes and oceans as they unearth basic concepts in natural science, natural history and paleontology.  The Dinosaur Train is a colorful locomotive, customized to accommodate all kinds of dinosaurs, and it has the ability to visit the Triassic, Jurassic and Cretaceous worlds, while the Train’s Conductor, a knowledgeable Troodon, provides passengers with fascinating facts along the way.

You can catch the remaining encore episode on PBS on December 24, 2010.  Check your local listings for times. 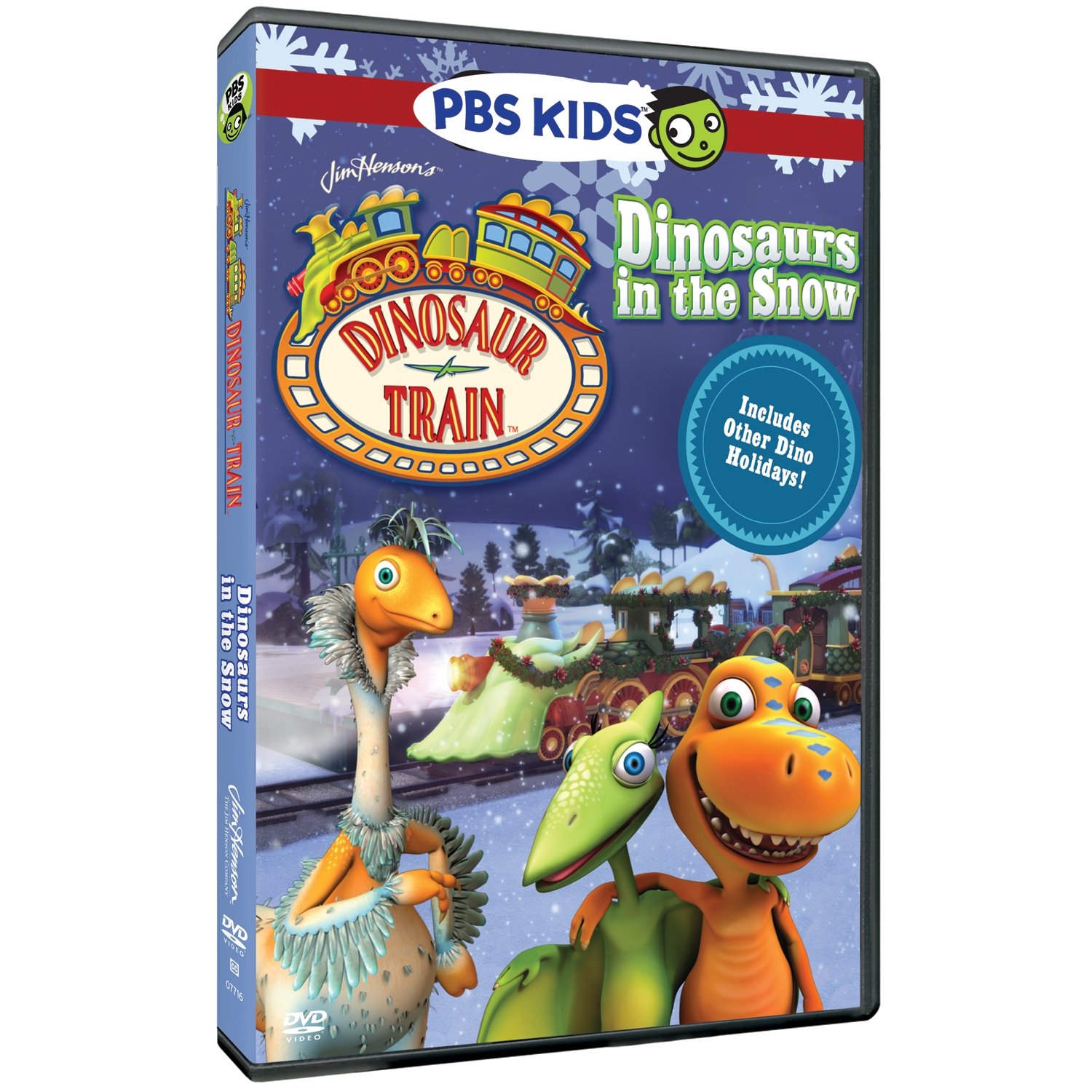 In addition to the television series, there is also a DINOSAUR TRAIN interactive website at PBSKIDS.org/dinosaurtrain.

You can purchase Dinosaur Train: Dinosaurs in the Snow

The fine print… I received the aforementioned complimentary product(s) to facilitate this review.  No other compensation was received.  All opinions express are 100% my own and are based on my own experience.  Your experience may differ.