My sister, Denyse, and I were often confused as twins when we were growing up.  We’re actually a year and 3 days apart (I’m the oldest), but that didn’t stop anyone by calling us by the other one’s name.  Since we both have AEC syndrome, we sort of look alike.  Except she has eyebrows and I don’t.  Anyway.  She has three beautiful children, who are all affected by AEC syndrome.  Dyllan is the oldest, followed by Danielle, and Delores is the baby.  Which means six people in my family are affected by AEC syndrome.  I’m not sure, but that might be some sort of record. 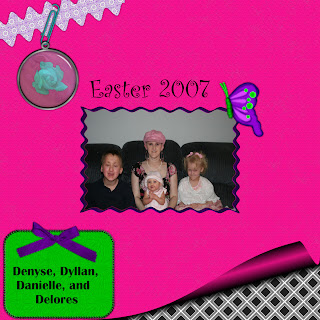 Anyway. For those of you who pray… Please keep Denyse in your prayers. She was told today that she is losing the vision in both of her eyes. Because AEC syndrome can lead to corneal abrasions, vision lost *can* be one of the affectations.  Pray that her eyes are healed and that she will always be able to see her beautiful brood!